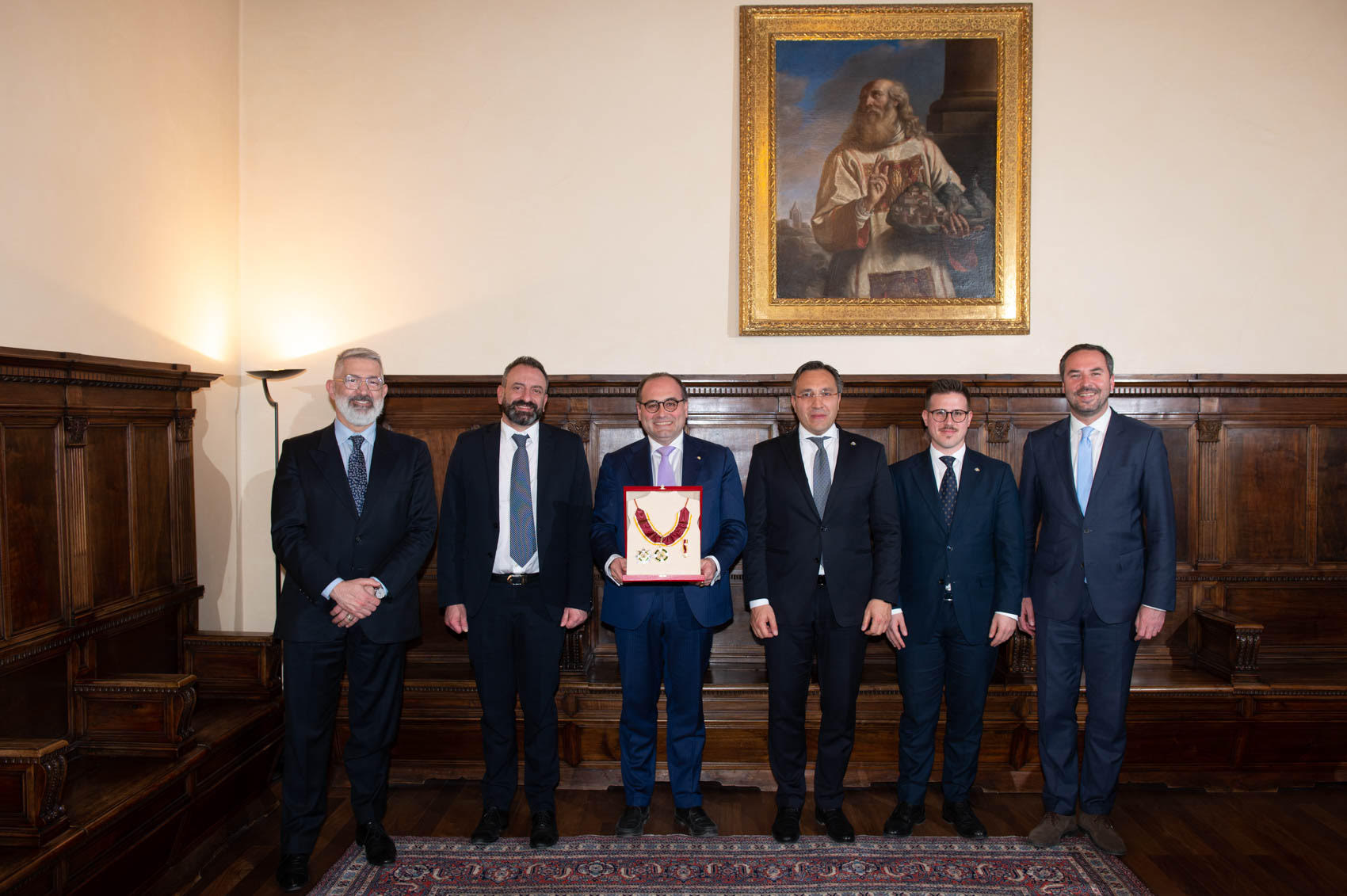 It is with great satisfaction to announce that on the 28th of March 2022 in San Marino Consul Bragagni, CEO of Tratos UK Ltd and Chairman of the Esharelife Foundation, has received the award of Knight Grand Officer of the Equestrian Order of Saint Agatha of the Most Serene Republic of San Marino. This award has sought the approval of Her Majesty’s Government and the bestowal of the award was done by Secretary of State for Foreign Affairs, HE Dr Luca Beccari, in an official ceremony witnessed by Their Excellencies, the Captains Regent of the Republic, Mussoni II and Simoncini I, the Secretary of State for Labour, HE Mr Teodoro Lonfernini and the President of the Parliamentary Foreign Affairs Committee, Mr Paolo Rondelli(elected to serve as Captain Regent during the period 01 April- 30 September 2022).

This award was an upgrade of the previous award, at the rank Commander of the Equestrian Order of Saint Agatha, which Dr Bragagni has received in September 2020. The Republic recognised his bravery, precious commitment and intensive activity carried out during the difficult period of the health emergency caused by the Covid-19 pandemic to assist San Marino. He succeeded in raising awareness among several UK officials and citizens and his actions made a real impact in assisting the Republic.

Dr Bragagni continues with great zeal his work in the UK to promote and protect the best interest of the Republic of San Marino and its citizens resident in the UK, by offering excellent consular services, organising several high-level bilateral visits as well as facilitating economic exchanges between the two countries.

By upgrading his rank among the other knights of the Order of St Agatha, San Marino has made it clear that Dr Bragagni’s so far contribution to the Republic, has excided the recognition given to him.

This kind gesture will further motivate him to carry out his mission in the UK and beyond to expand the benefits for the Republic.