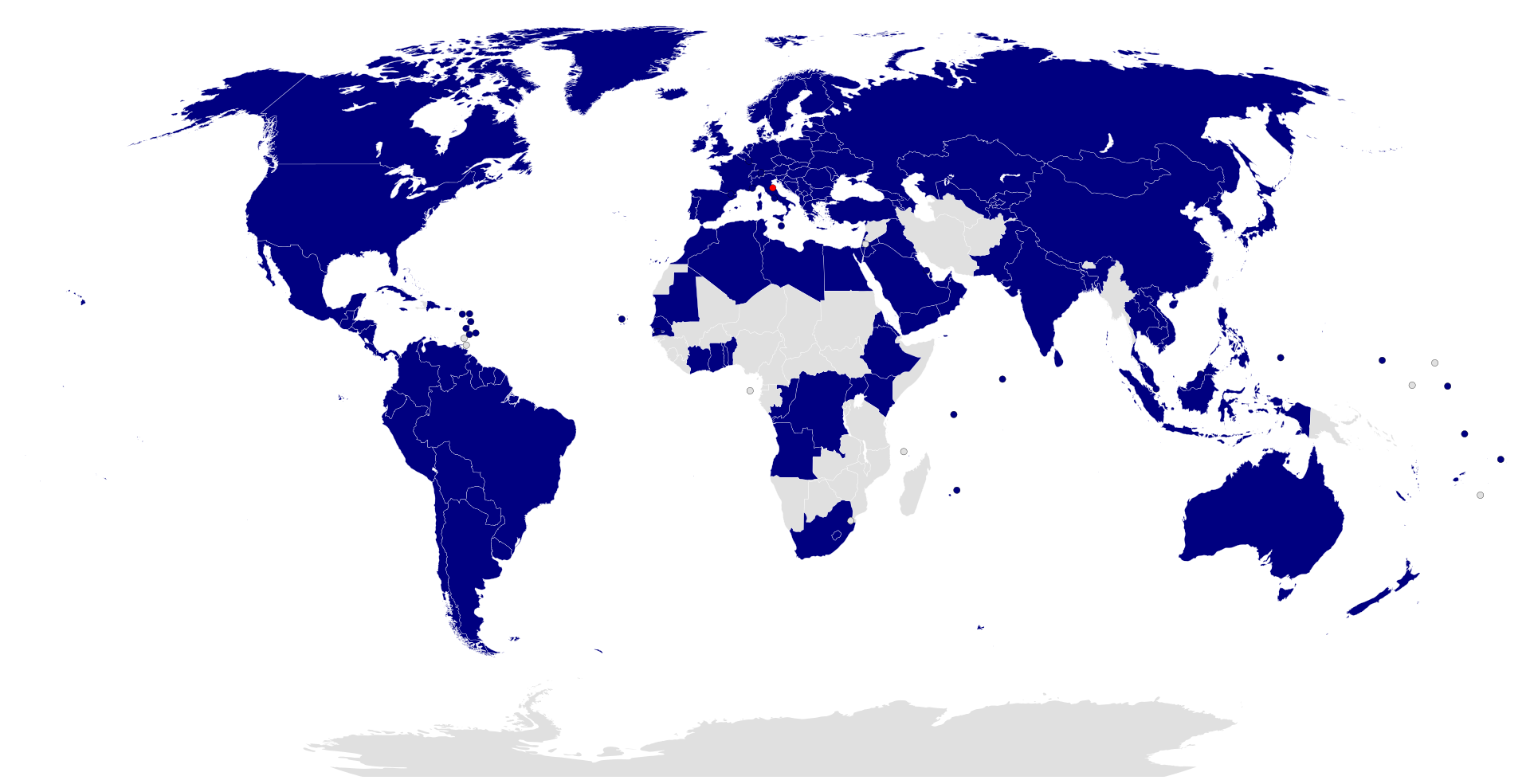 San Marino maintains official relations with 151 countries and is a member of major International Organisations, including the UN and the Council of Europe.

Negotiations are underway with the European Commission with a view to concluding an
Association Agreement that may allow greater integration in the Single Market and full equivalence of the citizens and enterprises of San Marino with the Member States.

In February 2019 San Marino obtained the highest OECD recognition (Compliant) for international tax cooperation and has been recognised as a “fully cooperative country for tax purposes” by ECOFIN. Such a decision was based on compliance with tax transparency and fair taxation criteria and with OECD measures.

In October 2015 San Marino signed with the United States of America the FATCA Intergovernmental Agreement (IGA-Model 2).

San Marino joined the Council of Europe’s Group of States against Corruption (GRECO) in August 2010.

Since 1998 it has been a member of Moneyval, the Committee of Experts of the Council of Europe for the evaluation of measures to combat money laundering and terrorist financing. It is also a whitelist country, having implemented Directive 2005/60/EC, Directive 2015/849/EU (the so-called IV AML Directive) and the FATF methodology
(Financial Action Task Force), with constant revision of internal regulations in
order to bring them into line with the relevant standards.

By virtue of its geographical position as an enclave of the Italian Republic, institutional, economic, social, and cultural relations with Italy have always been particularly important and strategic for San Marino.

The many bilateral agreements in force bear witness to the constant and excellent relations with Italy. Particularly significant are: