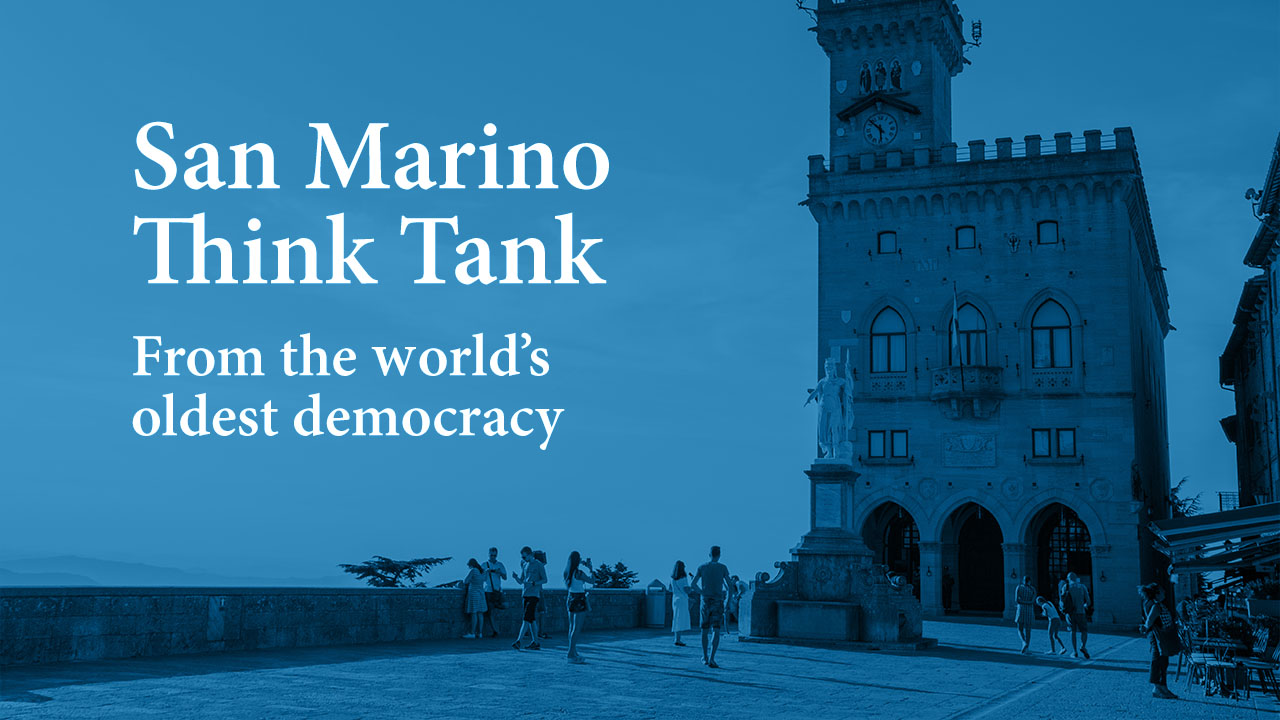 The Consulate of San Marino’s Think Tank has a sole mission: To shed a light on democracy and freedom through the prism of the only surviving city-state and the oldest republic and democracy in the world- San Marino.

As the US president Abraham Lincoln on May 7, 1861, mentioned: “Although your dominion is small, your State is nevertheless one of the most honored, in all history”. Yet, there so are many important and interesting facts about San Marino to be discovered by people.

San Marino is a parliamentary Republic with two Captain Regents (Heads of State) and a Parliament composed of 60 members. Recognizing the fact that the accumulation of power is very dangerous, in San Marino even the two Captains Regent are replaced every 6 months and no other authority has permanent power.

It inherited this model of state from the Roman Empire and San Marino has been recognized by UNESCO as an exceptional testimony to the institution of a representative democracy based upon civic autonomy and self-government, having been the capital city of an independent Republic since the 13th century with unique continuity and without interruptions.

The Honorary Consulate of San Marino in London cordially invites admirers of San Marino, politicians, business leaders, academics and researchers to join its Think Tank to freely express their views on matters and challenges of promoting democracy and its values in our contemporary world.

All the events will be held under the Chatham Rule and the guest speakers may elaborate any of the topics below, part of the British Values and fundamental to any society and its cohesion:

We are busy planning our next thought-provoking event. Please check back soon!

San Marino Think Tank&Esharelife Think Tank & Larkspur International cordially invite you to a virtual conversation with Rt Hon Dr Liam Fox MP, one of the most influential and insightful politicians of our time.

San Marino Think Tank&Esharelife Think Tank cordially invite you to a stimulating discussion about what democracy means to us with guest speaker the Rt Hon Sir John Hayes MP.