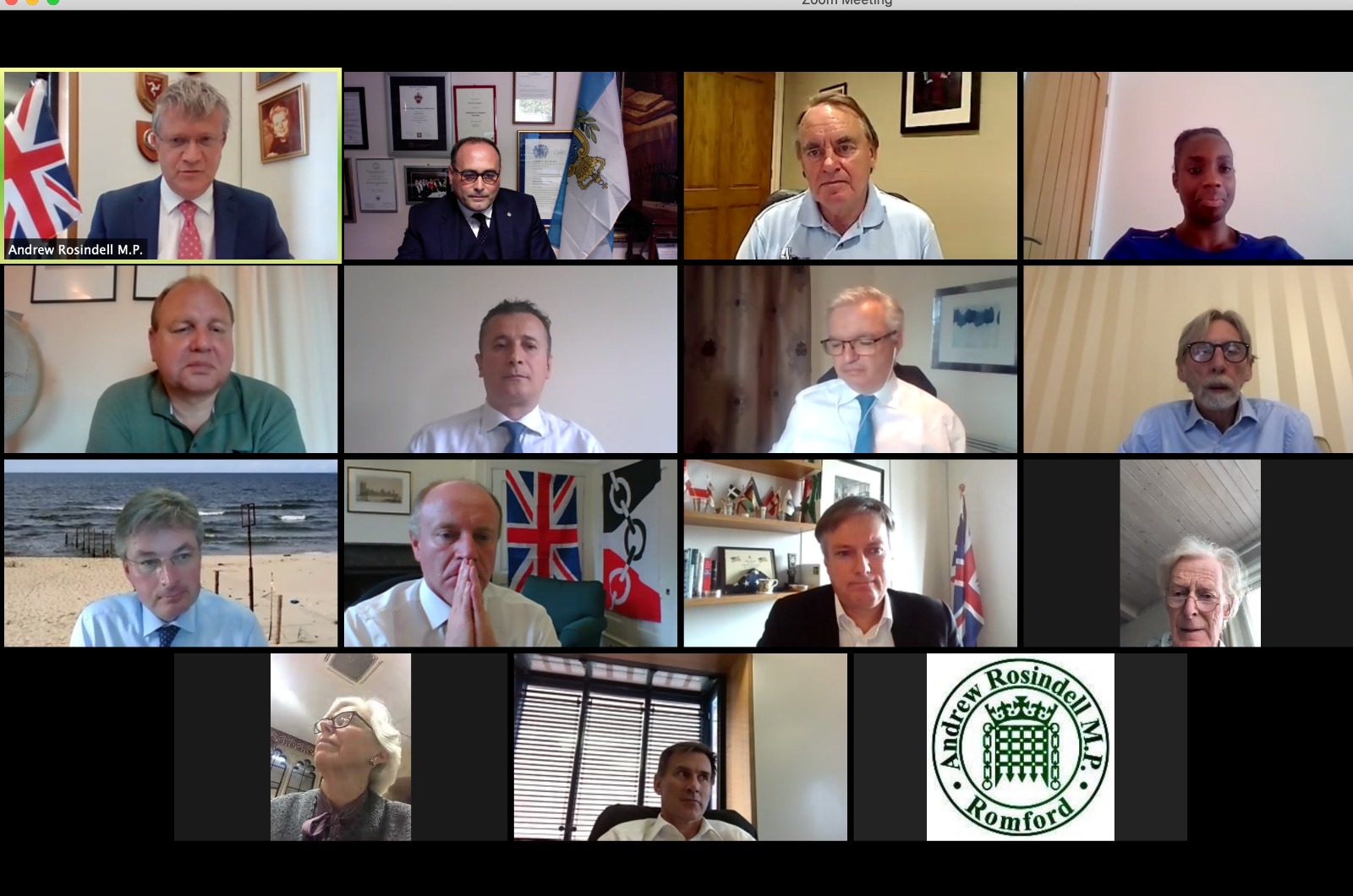 On July 1st, 2020, in London was held the inaugural meeting of the All-Party Parliamentary Group (APPG) on San Marino. Due to Covid-19 restrictions, the meeting took place via zoom and benefited from the participation of 16 members of both Houses of the Parliaments and was moderated by Mr Andrew Rosindell MP.

At the above meeting, Dr Maurizio Bragagni, Honorary Consul of San Marino in the UK, briefed the participants on the state of the bilateral relations between the UK and San Marino. He stressed the importance of creating in Westminster for the first time ever of APPG, which is a remarkable event in the long history of bilateral relations between two unique sovereign states that have much in common and share the values of democracy and of globalisation.

After briefly mentioning some important historical and socio-economical facts about San Marino, Dr Bragagni concluded by saying that the APPG on San Marino is the first step in forging a noble alliance between the two countries and it will help in boosting our bilateral relations.

The Lords and MPs thanked Dr Bragagni for the presentation and were engaged in a dynamic session of exchanging their experiences on San Marino, on its role in world history and its place in the family of sovereign states. They unanimously expressed their support for the establishment of the APPG and pledged to support its functioning and activities.

The newly elected Chairman, Mr Rosindell, expressed his gratitude to the members for their trust and his commitment to actively work with parliamentarians to boost diplomatic and economic relations between the two countries.