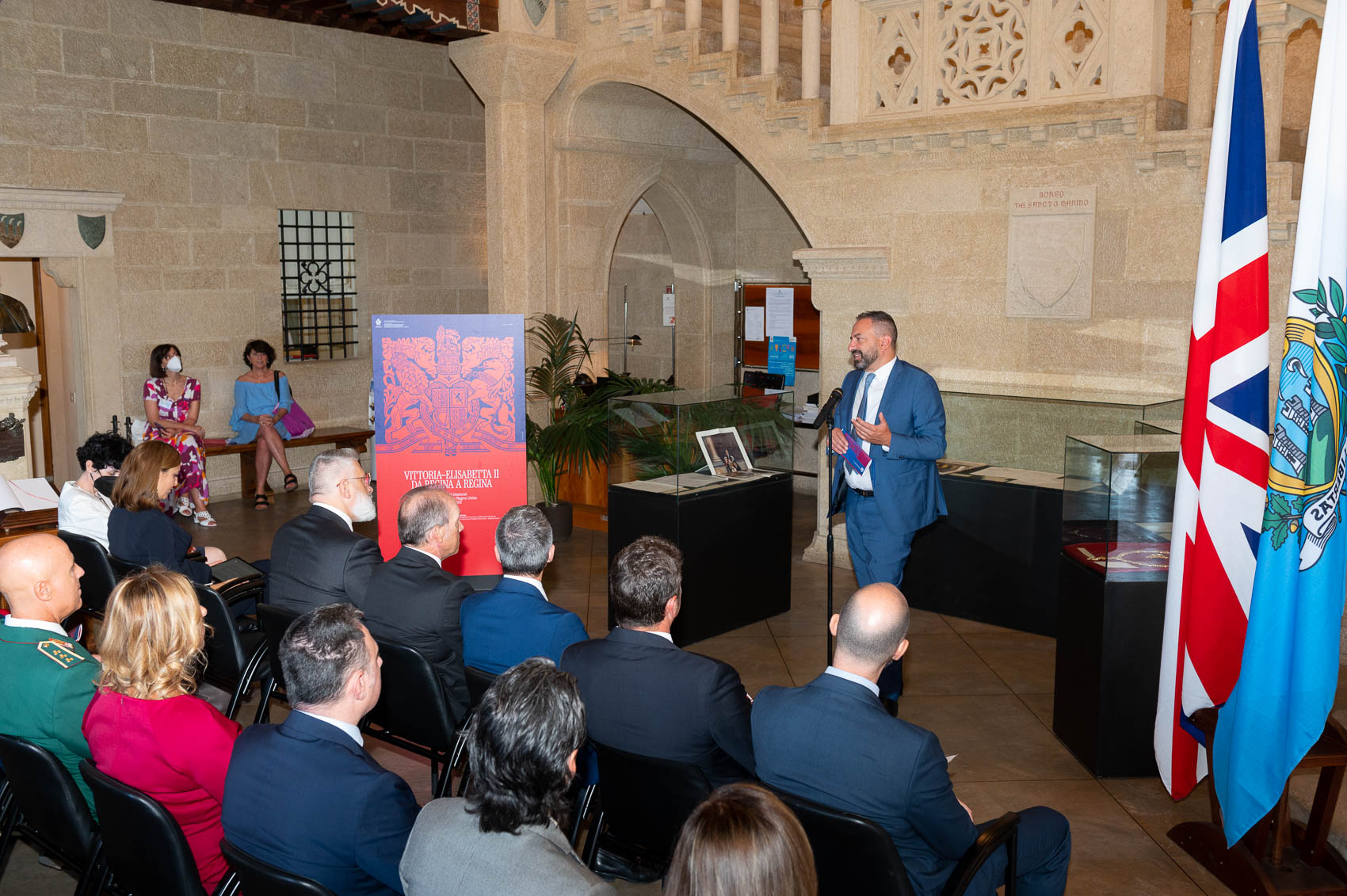 In San Marino on 22 July 2022, it was inaugurated the exhibition “Victoria-Elizabeth II, from Queen to Queen. Bilateral relations between San Marino and the United Kingdom 1899-2022”. The exhibition includes six display cases that trace the relations between San Marino and the English rulers, such as the Treaty for the extradition of criminals of 1899, the silver jubilee of King George V, the coronation of George VI up to the assignment of the Grand Collar to Queen Elizabeth II earlier this year.

The exhibition is taking place at Palazzo Pubblico thanks to the patronage of Their Excellencies The Captains Regent, Oscar Mina and Paolo Rondelli, and dedicated work done by the Cultural Institute, State Archives and State Library sections. It will be staying open to the public until 4th September 2022.

The Deputy Head of the British Embassy, Eleanor Sanders, was also present at the inauguration, which highlighted the actual significance and strength of bilateral relations between the two countries.

On this occasion, Mrs Sanders started institutional meetings with the Secretary of State for Foreign Affairs, HE Dr Luca Beccari, in the presence of HE Dr Silvia Marchetti, Non-Resident Ambassador of San Marino to the UK and other high officials. During the meeting, there were retraced the most recent cooperation and highlighted the significant acceleration injected into the bilateral relations, also through the series of initiatives carried out in respective countries. They conversed about the current international affairs, with reference to the conflict in Ukraine, the repercussions of the pandemic, the common positions in the multilateral context and the opportunities for further strengthening bilateral cooperation.

From the British side, a favourable approach was expressed to the opening of negotiations on a Double Taxation Agreement, which will be in addition to the most recent arrangements finalized between the two countries.

Then, Mrs Sanders visited the State Hospital for a donation of personal safety devices by the British Department of Health and Social Care, in the presence of the Secretary of State HE Mr Roberto Ciavatta and the institutional leaders of the Institute for Social Security. Also, she met with Commander,  Colonel Maurizio Faraone, and the Secretary of State for Culture HE Mr Andrea Belluzzi.