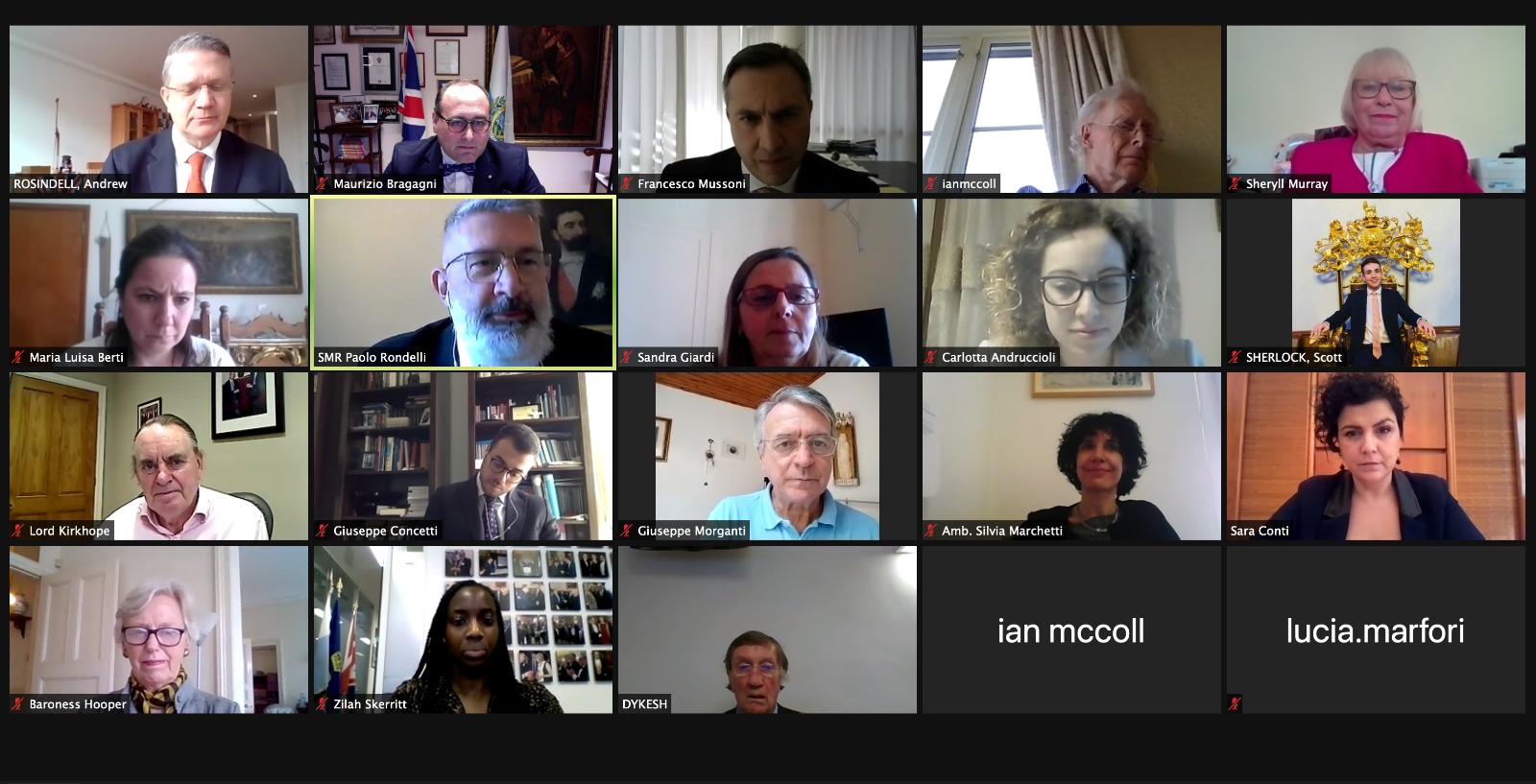 The meeting was moderated by Dr Maurizio Braggagni, the Honorary Consul and co-chaired by the two APPG chairmen, Mr Andrew Rosindell MP and Mr Paolo Rondelli.

Almost all the members of the respective APPGs participated in this first meeting, since their establishment. The Honorary Consul, Dr Bragagni welcomed the participants and during a brief introduction speech he highlighted the incredible similarities between the oldest republic and the oldest constitutional monarchy in Europe.

Mr Andrew Rosindell MP presented all the participants from the House of Commons and the House of Lords who took part in the meeting. The UK MPs have all expressed their happiness for being part of the APPG of San Marino in the UK Parliament and pledged to foster relations of the UK with San Marino. Some with more and some with less experience in international relations, the British participants stressed the importance of a parliamentary collaboration between the parties, in the conviction of a fruitful partnership on various policies from now onwards.

On the other side, the chairman of the APPG of the UK in the San Marino Parliament, Mr Paolo Rondelli introduced all the San Marino MPs, members of the Consiglio Grande e Generale. Each MP presented his or her political history and motivations for participating in this group of parliamentary relations with the United Kingdom.

Her Excellency, Ambassador Silvia Marchetti also took part in the event as Non-resident Ambassador of San Marino to the UK. In her intervention, she stressed the importance of fostering dialogue between the two sides in order to exchange ideas and expertise on different policy domains.

After agreeing on the legal framework on which to collaborate, the parties suggest to continue an ongoing virtual relationship, with the promise to meet physically as soon as the pandemic situation allows so as to begin a fruitful collaboration as their respective chambers of commerce are already doing.

One of the topics presented by the respective chairmen is the cultural cooperation between San Marino and the United Kingdom, following the path already started by the two governments with the signature of the Youth Mobility Scheme Agreement last year.

Dr Bragagni drew attention to the need for an agreement on commercial and trade relations between the parties to facilitate investments and the exchange of goods. He finally took the opportunity to invite all the participants to the series of webinars organized by the Honorary Consulate Think Tank on the topic of democracy and its value in this time of the pandemic.