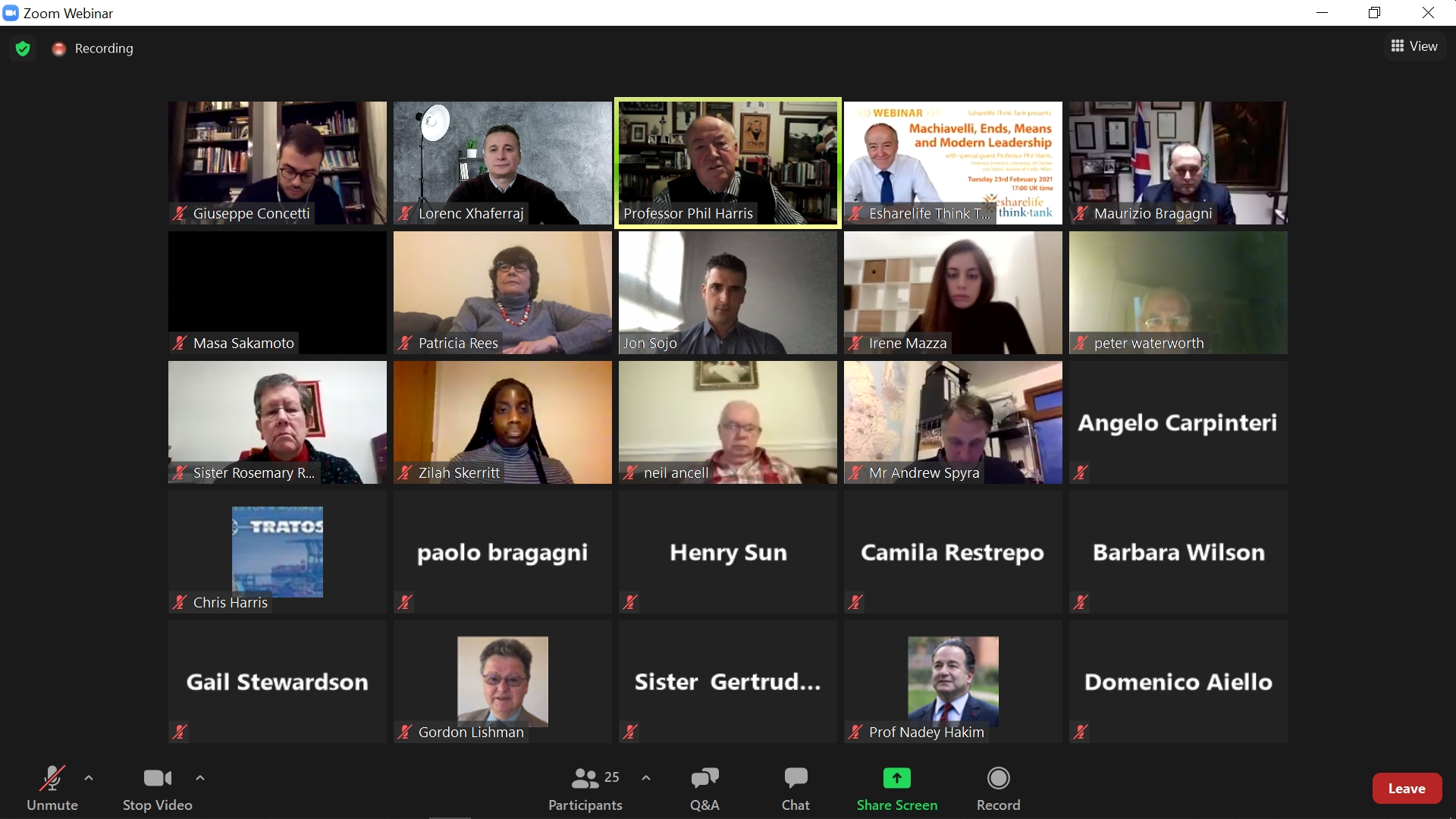 San Marino Think Tank in close cooperation with Esharelife Think Tank organised a webinar with professor Phil Harris of Chester University, who made a presentation about ‘Machiavelli, Ends, Means and Modern Leadership’.

Dr Bragagni welcomed the participants to this webinar and briefly introduced Professor Harris, who is Professor Emeritus and past Executive Director of the Business Research Institute at the University of Chester and held the Westminster (Grosvenor) Professorship in Marketing and Public Affairs. He is the founding editor of the Journal of Public Affairs and a member of a number of international editorial and advisory boards and has authored over 200 articles and 20 books.

In his presentation, Professor Harris put Machiavelli principles in the context of the time when Machiavelli wrote his books, some 500 years ago and cared enough to dissolve the ambiguities around the controversial figure of Machiavelli. He delivered to the participants a “human” version of him, a pragmatic person who understood well the politics and its application in the reality. He compared Machiavelli teachings with the principles followed by many politicians of our modern times.

After the eloquent presentation delivered by Prof. Harris, during the Q&A participants were curious to learn more about Machiavelli principles and their application in our modern democracy. The discussions evolved around the actions of governments during the Covid-19 pandemic, restrictive measures, government crisis, political manoeuvres, etc.

In the end, Professor Harris, was asked to award the “Machiavelli prize” to the world leaders in the past and current one and his choice among the leaders amused the participants.