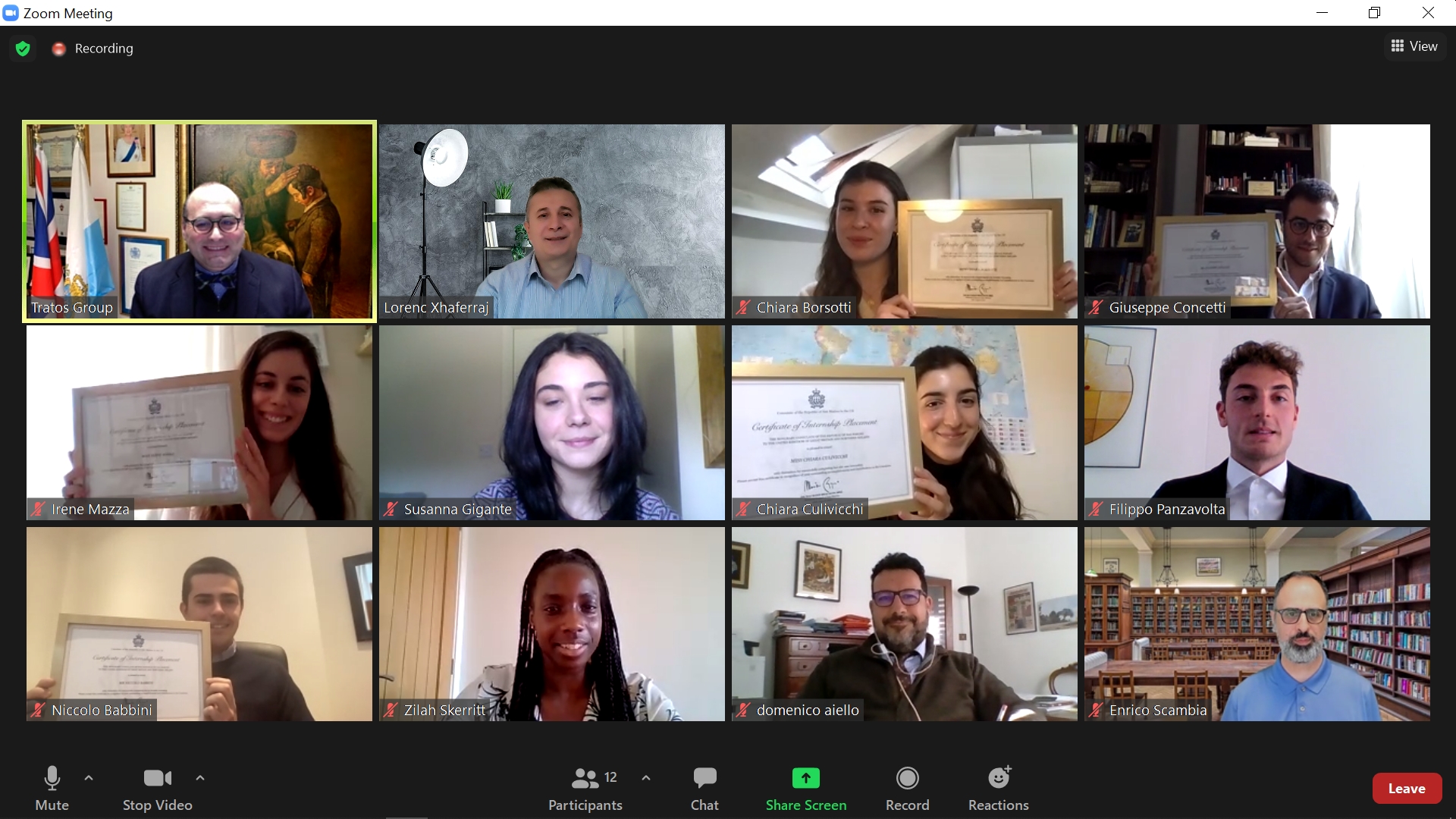 On 22 March 2021, the Honorary Consulate of San Marino to the UK organised an event to celebrate the successful completion of the 6 months internship programme by Ms Irene Mazza and Mr Giuseppe Concetti.

This event benefited from the participation of former and two newly selected interns, as well as the Vice-President of the Esharelife Foundation, Dr Domenico Aiello.

At the beginning, Dr Maurizio Bragagni, the Honorary Consul, praised both the actual, and former interns for their incredible job in supporting the well-functioning the Honorary Consulate in London, as well in supporting various San Marino departments and its citizens during the hard times of Covid-19 pandemic. He and other members of the Consulate mentioned with enthusiasm the dedication, knowledge and skills of the selected by merit interns and expressed their hopes that the young interns represent a capable generation to solve the current and future challenges of our planet.

The interns expressed their gratitude to the Consulate’s staff for their dedicated mentoring, as well for creating a very friendly and learning environment at work. They shared their personal experiences, their joys and their faults as well! Overall, the interns were happy with the internship experience with the Honorary Consulate, both from a professional and social point of view.

In addition, as the interns had the opportunity to volunteer as well for the causes of the Esharelife Foundation, a charity that helps children in Kenya to get a quality and sustainable education, they were thanked by the Vice-Chair of the Foundation, Dr Aielio, for their amazing job done in support of the charity.

In the end, the interns received certificates of merit for their outstanding contribution from both, the Honorary Consulate and the Esharelife Foundation.