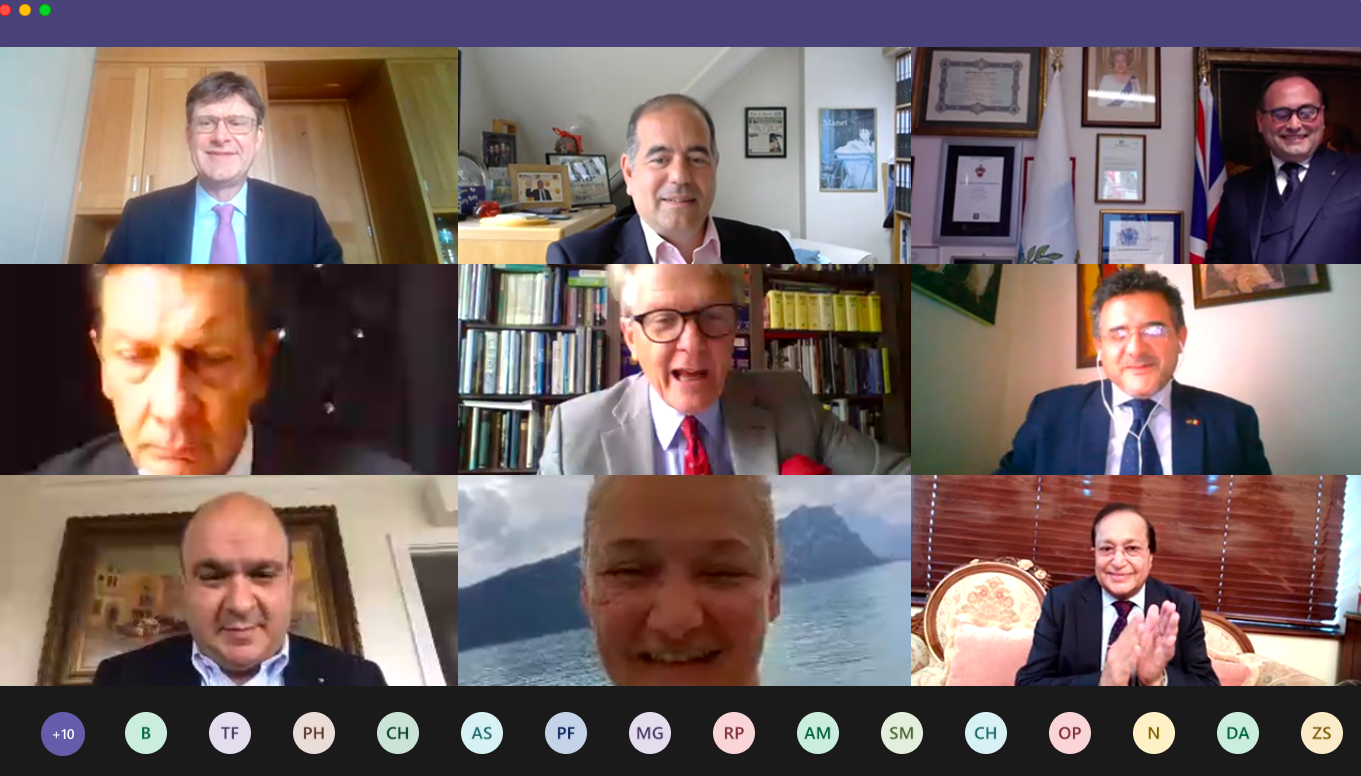 The Honorary Consulate of San Marino to the UK and Northern Ireland, Dr Maurizio Bragagni,  appointed Freeman of the City of London on the 15th of July 2020.

Dr Maurizio Bragagni, an Italian-born British citizen living and working in the city, was honoured with the appointment, a unique and enduring element of London’s history.

The City of London maintains the ability to grant Freeman of the City as a living tradition. The City Freemen – and women – are drawn from a very broad cross-section of the population.

Dr Bragagni’s ceremony took place on Wednesday 15th July at noon and was unusual in that it was conducted virtually due to pandemic restrictions.

One of the oldest surviving traditional ceremonies still in existence today, is believed to have been first presented in 1237.

The medieval term ‘freeman’ meant someone who was not the property of a feudal lord but enjoyed privileges such as the right to earn money and own land. Town dwellers who were protected by the charter of their town or city were often free – hence the term ‘freedom’ of the City.

From the Middle Ages to the Victorian era, ‘the Freedom’ ensured the right to trade, enabling members of a Guild or Livery to carry out their business in the Square Mile.

A fee or fine would be charged and in return the livery companies would ensure that the goods and services provided would be of the highest possible standards. In 1835, the Freedom was widened to incorporate not just members of livery companies but also people living or working in the City or those with a strong London connection.

Dr Bragagni said: “I am proud and honoured to receive Freeman of the City of London.  I have long been a lover of all things British and an ambassador for British-Italian-SanMarino trade relations for two decades.  I will continue to work to support the interests of UK PLC and the British businesses and manufacturers within it.”

Dr Bragagni is also an industry leader and CEO of global British independent cable innovator Tratos which achieved  The Queen’s Award for Enterprise in the category of Innovation in April  2019.