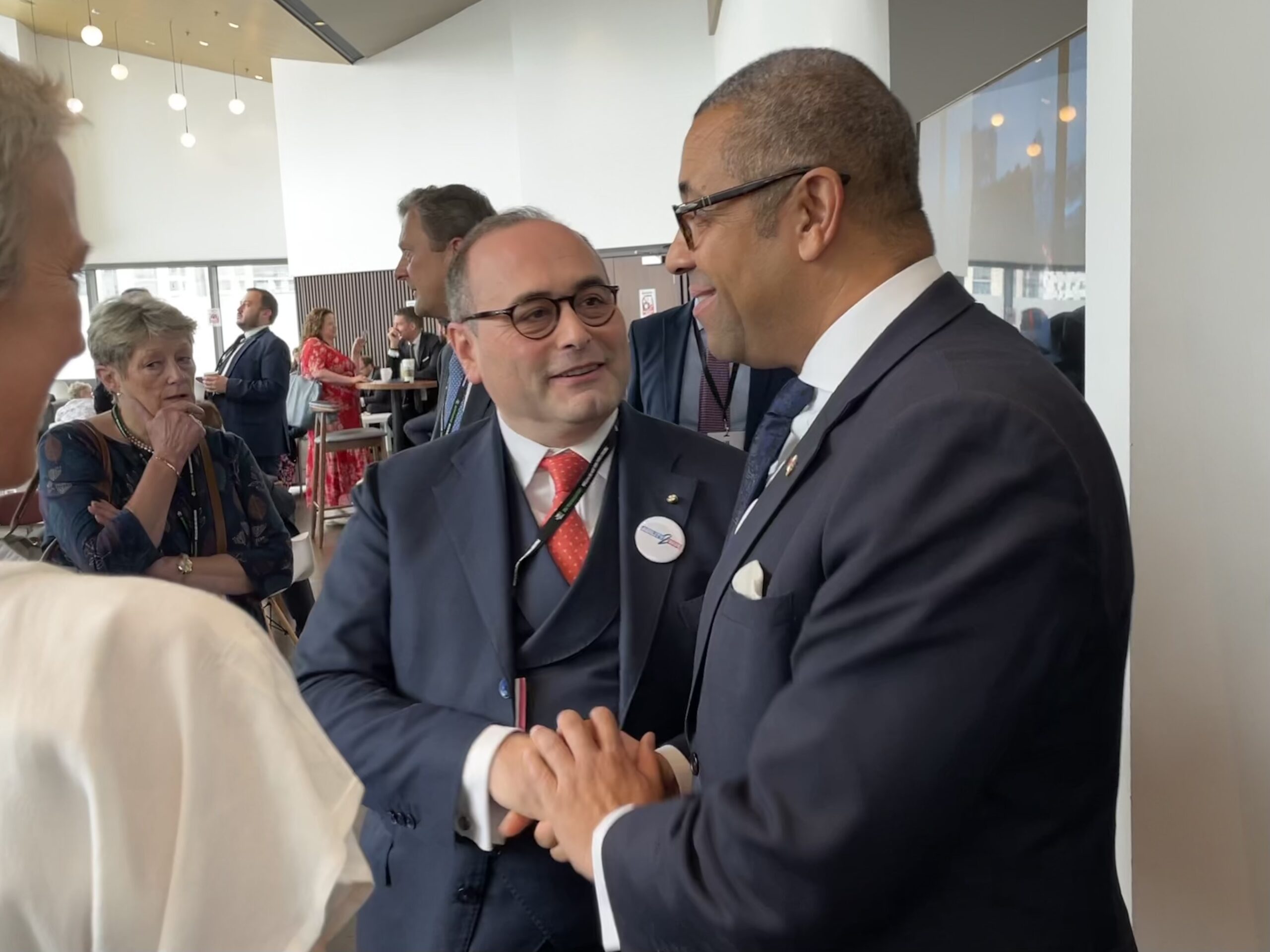 Taking active part in the Conservative Party Conference 2022, which was organised in Birmingham from 2nd October to 5th October, Consul Bragagni has met with several high government officials pushing for improving the legal framework of cooperation between the two countries.

The related matters on the above and promoting the Republic of San Marino in the UK , Dr Maurizio Bragagni OBE discussed with the Rt Hon James Cleverly MP, Secretary of State for Foreign, Commonwealth and Development Affairs of the United Kingdom and the Knight of the Order of St Agatha, Mr Dominic Johnson CBE, who just recently was promoted to the post of minister of state jointly in the Department for International Trade and the Cabinet Office. Along with the new role, Mr Johnson has been made a life peer and will sit in the House of Lords.

In a friendly conversation with Mr Johnson, Dr Bragagni congratulated him for the above mentioned important and well deserved promotions and raised the matter of signing the two pending economic agreement that San Marino has presented for the consideration of the UK.

Mr Johnson reaffirmed the UK government’s position that the UK is open for business and will consider any request and enable any process from friendly countries, including San Marino, to deliver more agreements and create a business friendly environment.