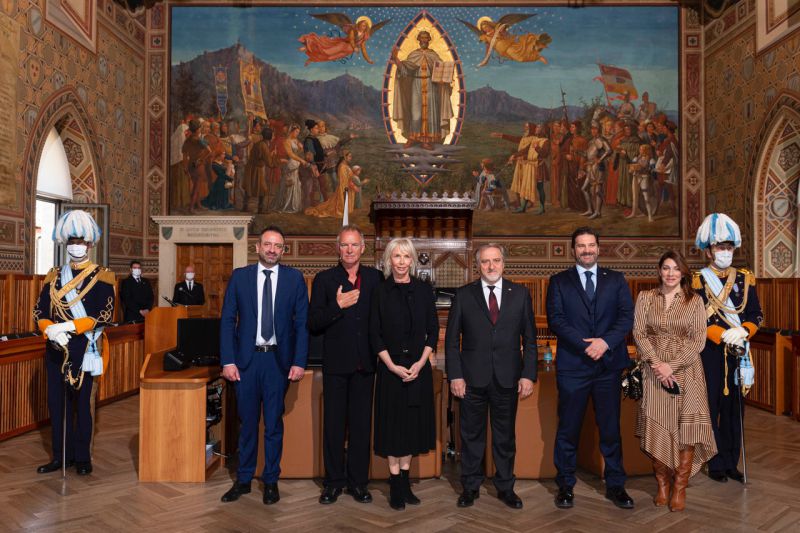 On the 24th April 2021, Sting and his wife Trudie Styler were appointed Goodwill Ambassadors at the disposal of the Republic of San Marino.

The San Marino government had previously established their nomination in a decree signed on the 23rd November 2020, after a meeting with the well-known singer on 10th October, when, upon friends’ invitation, he visited the Titano for the first time.

The British musician and songwriter, former leader of the 70s rock band The Police, who’s real name is Gordon Matthew Sumner, announced that he “will tell the world how beautiful the Titano is”.

The couple took an oath before the two Reagent Captains, Gian Carlo Venturini and Marco Nicolini on 24 April 2021 to formally accept the nomination of ambassadors of the country.

The ceremony was held at the Palazzo Pubblico in San Marino and was followed by a lunch at the famous restaurant Righi with the renowned Italian singer Zucchero.