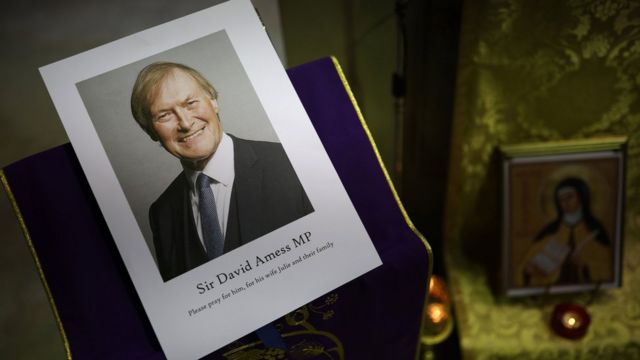 On 15 October 2021, Sir David Amess, a British Conservative Party politician and Member of Parliament for Southend West and Vice-Chair of the APPG on San Marino at the House of Commons, died after being stabbed multiple times at his constituency surgery at Belfairs Methodist Church Hall in Leigh-on-Sea, Essex.

Considering such a tragic event, several San Marino high officials, including Secretary of State for Foreign Affairs, HE Dr Luca Beccari, Mr Paolo Rondelli, Chairman of the APPG on the UK & Chairman of the Standing Committee on Foreign Affairs and Consul Dr Maurizio Bragagni have sent letters of condolences to Lady Amess, the UK PM Rt Hon Boris Johnson MP, the Secretary of State for Foreign, Commonwealth and Development Affairs, Rt Hon Elizabeth Truss MP and the Chairman of the APPG on San Marino, Cavaliere Andrew Rosindell MP, expressing most profound condolences on the tragic loss of the life of the dearest husband, loving father and one of the finest MPs who earned cross-party respect – Sir David Amess.

Sir David Amess will always be remembered as a great man, a patriot, a man of peace, a good Catholic and a friend to all.

May his soul rest in peace!