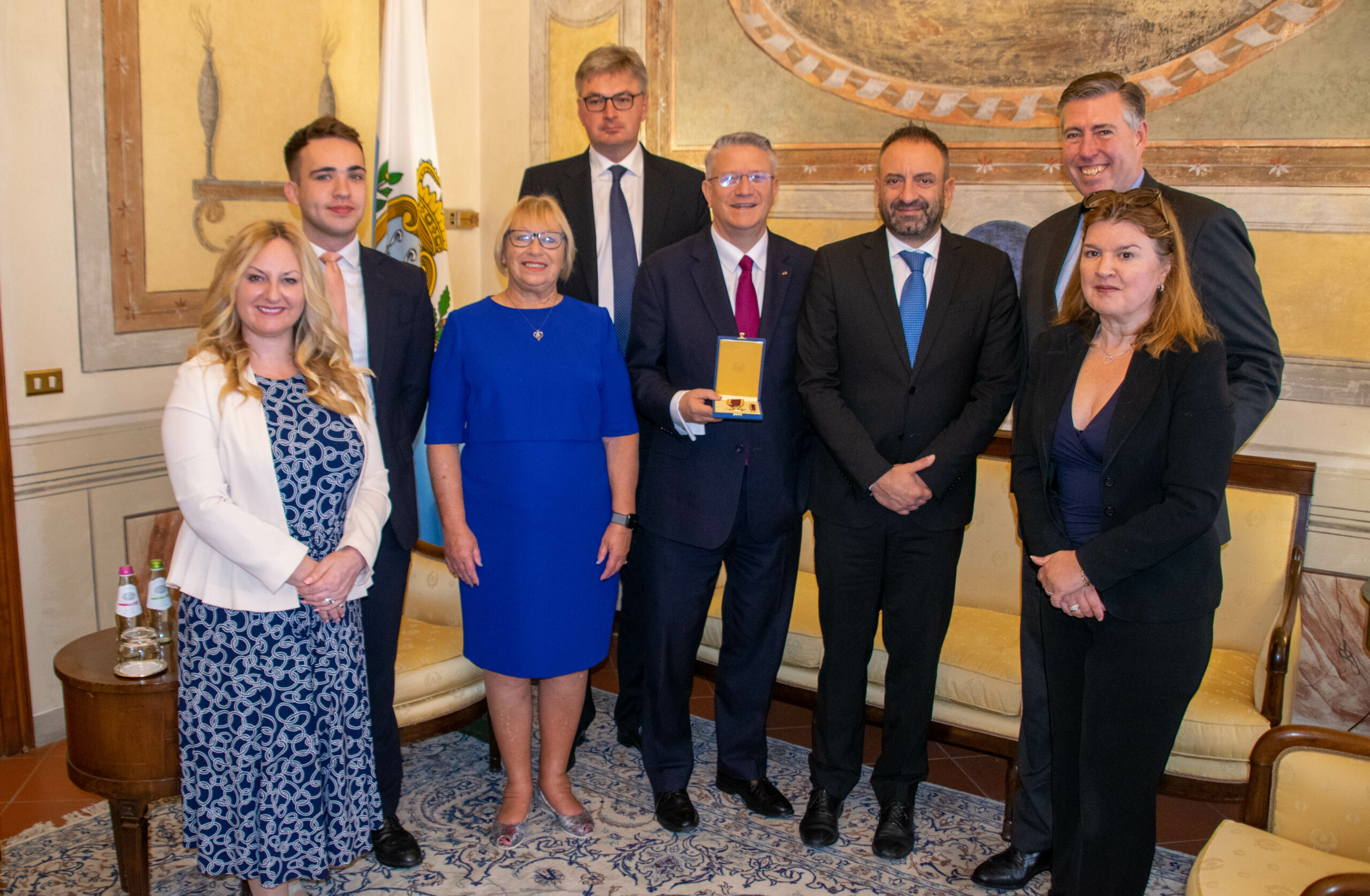 Cav. Rosindell has an outstanding contribution in establishing the APPG on San Marino for the very first time at the British parliament and has been providing continuously his valuable support to the Honorary Consulate to advance the bilateral relations between the two countries.

During his visit, Cav. Rosindell was received by the Secretary of State for Foreign Affairs, HE Dr Luca Beccari, who conferred to him the Order of Saint Agatha and had a warm conversation on strengthening bilateral cooperation between the two countries, including between the two parliaments, especially now that the UK has left the EU.

Cav. Rosindell was warmly received in an audience by the Captains Regent, Their Excellencies Francesco Mussoni and Giacomo Simoncini. As well, he and members of the APPG held a series of constructive meetings with several officials of different San Marino institutions, aiming to boost the multi-disciplinary cooperation and establish the economic legal framework of cooperation between the two countries now that the UK is outside the EU.

Cav. Rosindell will continue his excellent work as Chairman of the APPG on San Marino in promoting friendly relations between the two countries and this award will further motivate him to push forward the issues that are on the bilateral agenda for cooperation between the UK and San Marino.