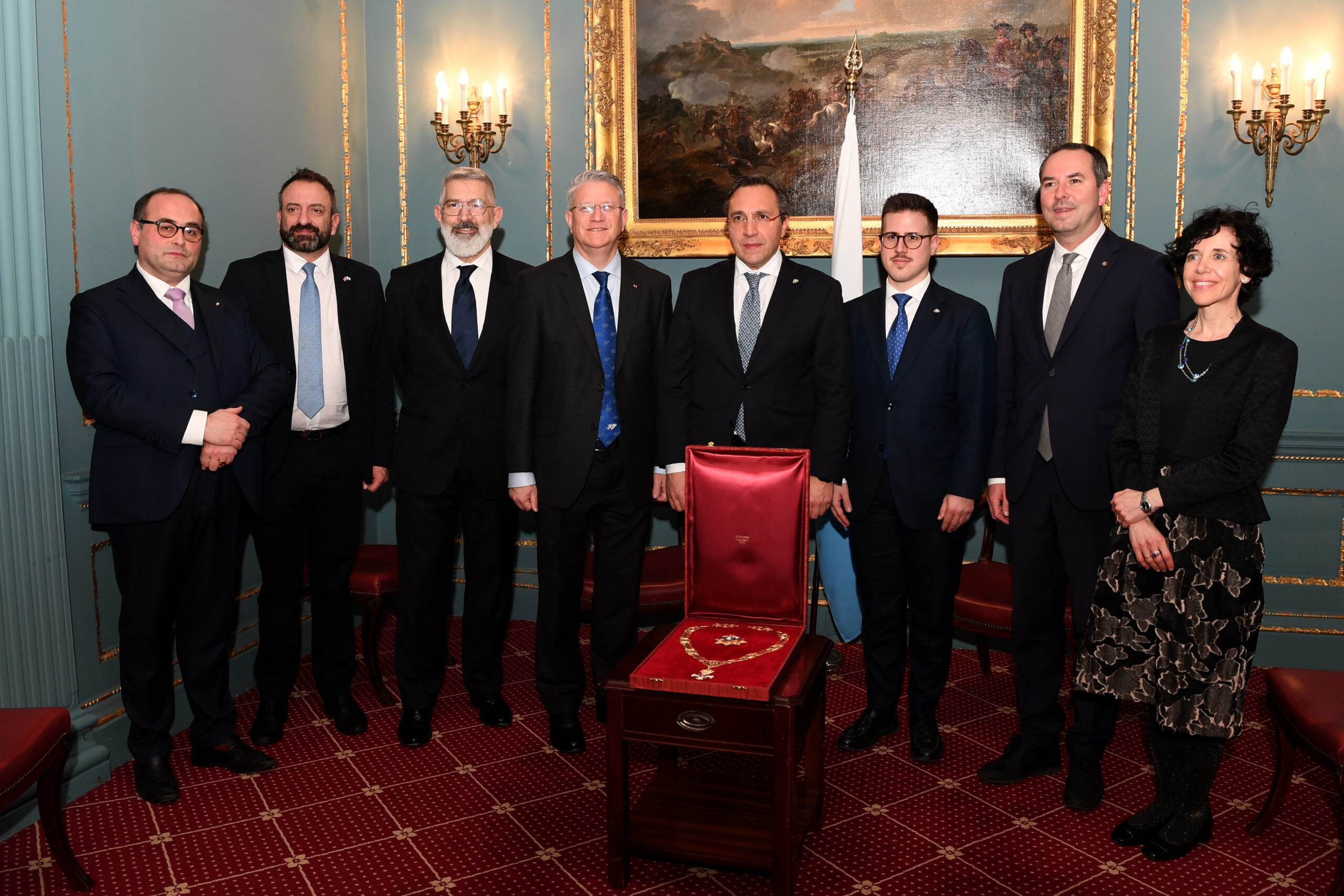 On 8-11 March 2022 a delegation from the Republic of San Marino, headed by the Captains Regent, Their Excellencies Mr Francesco Mussoni and Mr Giacomo Simoncini, conducted a Parliamentary visit to London.

This visit marked the first-ever high-level visit of a delegation from San Marino to the UK Parliament and another significant fact was that it was conducted on the Queen’s Platinum Jubilee year.

To celebrate this occasion and to reaffirm friendly bilateral relations between the two countries, the Republic of San Marino awarded to Her Majesty The Queen Elizabeth II the Order of San Marino, which has been delivered to Buckingham Palace by the Captains Regent on 9 March 2022.

Her Majesty’s gracious acceptance of the Order of San Marino, likewise her father, King George VI, did on 20 February 1937, testifies about the special place that the oldest democracy in the world- San Marino, has got into the oldest and consolidated monarchy in the World- the UK.