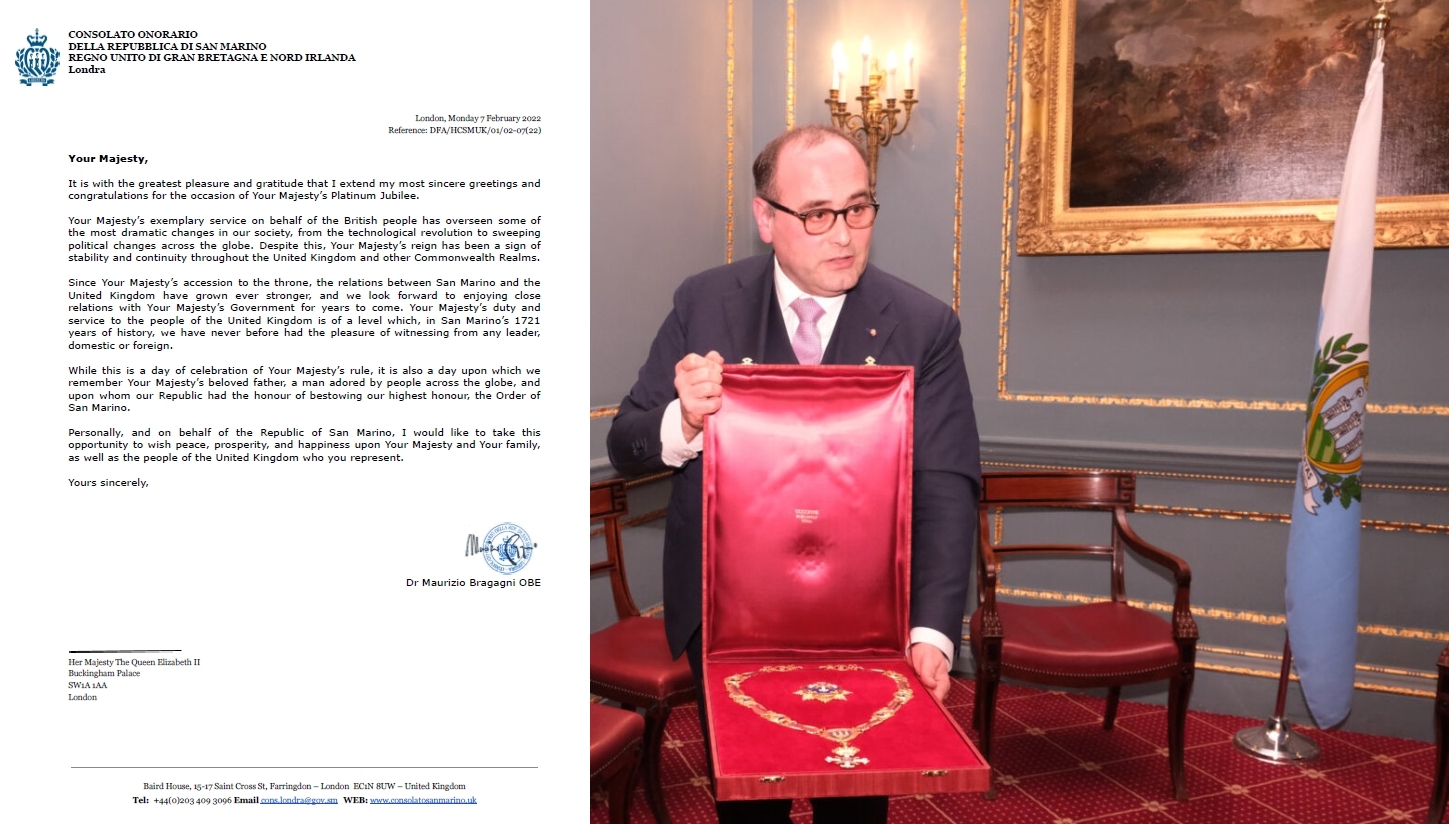 Her Majesty The Queen Elizabeth II is the first British Monarch to celebrate a Platinum Jubilee after 70 years of service.

The Queen’s coronation took place on June 2, 1953, at Westminster Abbey in London. The major Platinum Jubilee celebrations will therefore begin on Thursday, June 2, 2022, and will continue over the weekend until June 5.

Her Majesty’s gracious acceptance of the Order of San Marino, likewise her father, King George VI, did on 20 February 1937, reaffirms the friendly relations between the oldest democracy in the world- San Marino, and the oldest and consolidated monarchy in the World- the UK.

Consul Bragagni has sent a letter to The Queen extending his most sincere greetings and congratulations for the occasion of Her Majesty’s Platinum Jubilee and wishing peace, prosperity, and happiness upon Her Majesty and Her family, as well as to the people of the United Kingdom.