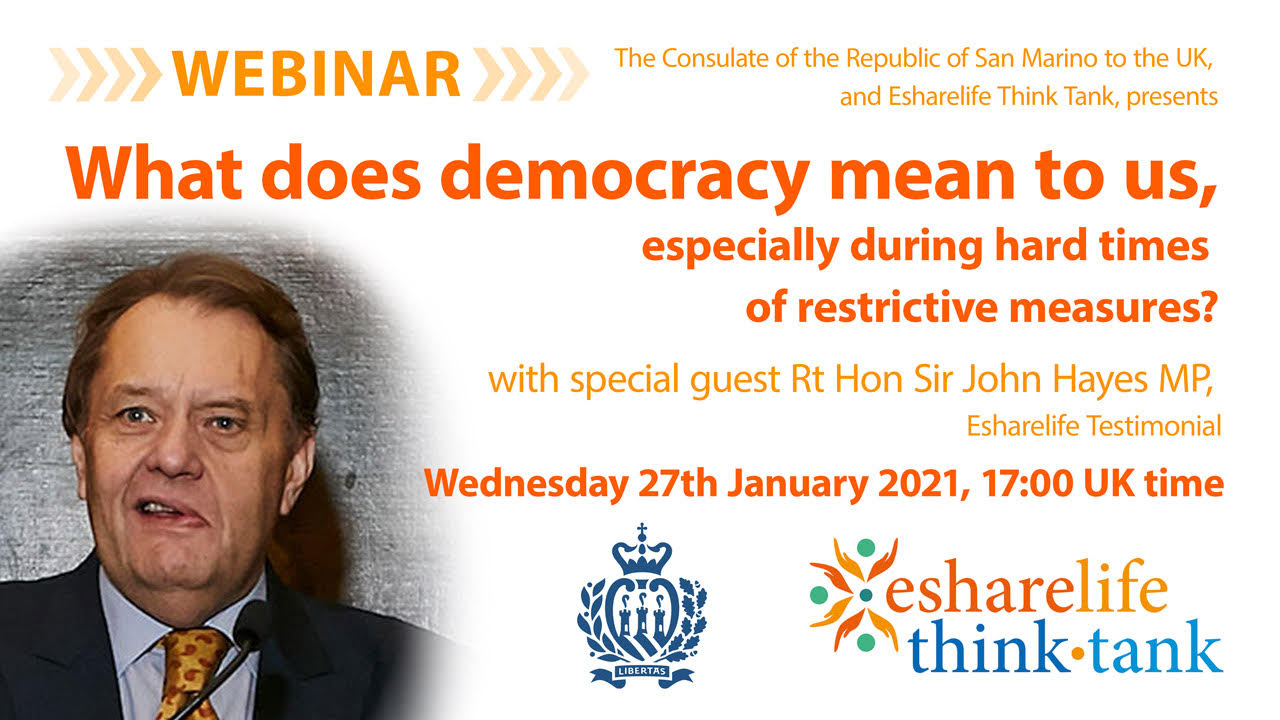 The Honorary Consulate of San Marino to the UK in close cooperation with Esharelife Think Tank is pleased to organise a stimulating online event on what democracy means to us, on Wednesday 27th January at 17:00 UK time with guest speaker the Rt Hon Sir John Hayes MP.

The Rt Hon Sir John Hayes MP is a Conservative party politician serving as the Member of Parliament (MP) for South Holland and The Deepings since 1997. Senior Parliamentary Adviser to David Cameron. He was appointed as a Privy Councilor in 2013 for his great achievements as a Member of Parliament, a Commander of the Order of the British Empire in 2016, and a Knight Bachelor in 2018 for his public service.

Sir John Hayes has always supported the Esharelife Foundation in every aspect of the charity’s activities. He believes that education is crucial in order to live a good life and for this reason, he has always been present at the recent charity events.

Esharelife Foundation is honoured to list Sir John Hayes among its Testimonials to thank him for the support he has always given to the Esharellife’s noble causes.

*If you would like to attend this free online event, please register via Eventbrite here.