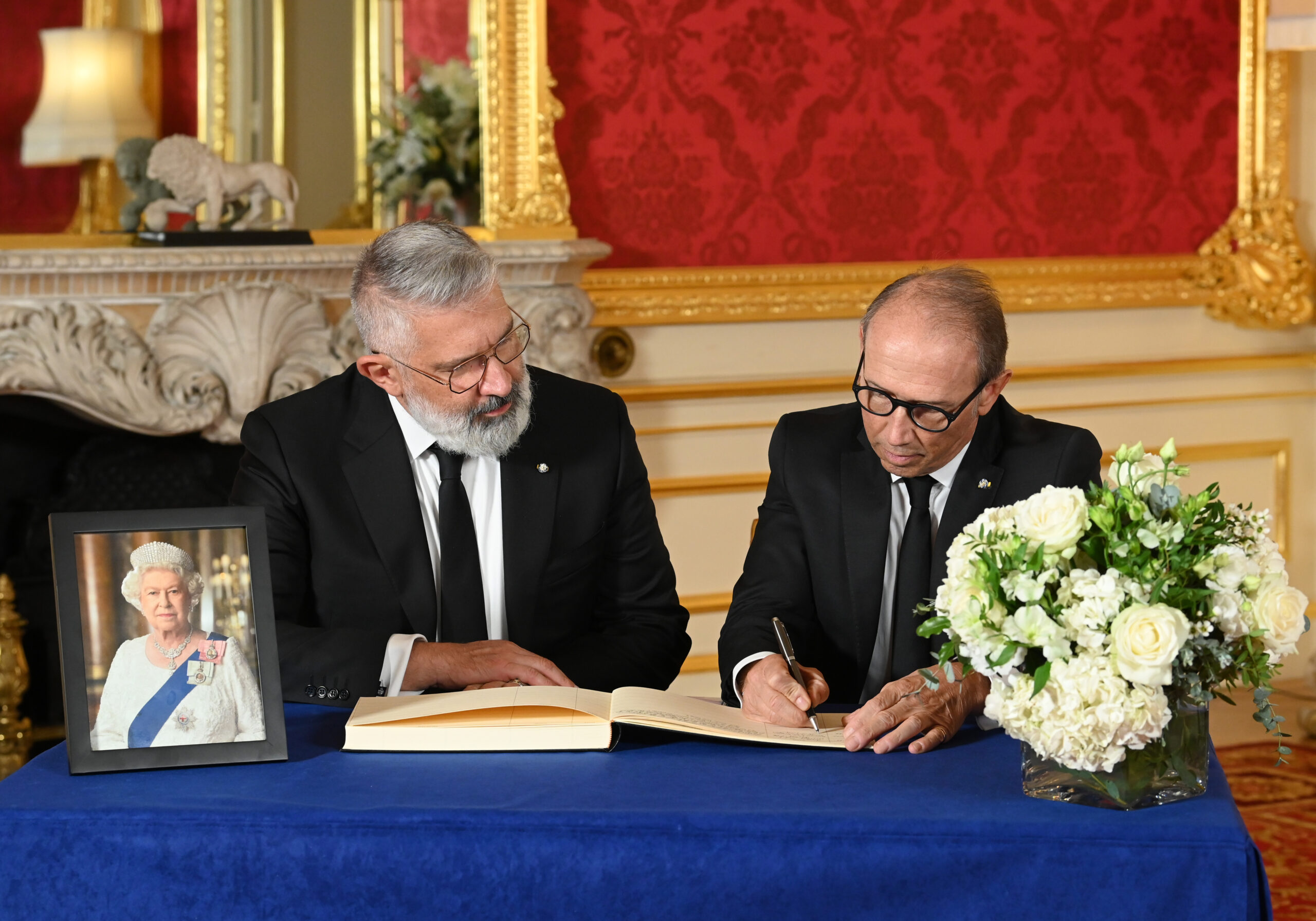 A delegation from the Republic of San Marino, headed by the  Captains Regent, Their Excellencies Oscar Mina II and Paolo Rondelli I, participated to the official events organised on the occasion of passing of Her Majesty Queen Elizabeth II. Part of the delegation were also Mrs Silvia Berti, Head of the State Protocol Office and Dr Maurizio Bragagni OBE, Consul.

The Captains Regent paid respect to Her Majesty Queen Elizabeth II by taking part in the Lying-In- State ceremony at Westminster Hall and signing the Book of Condolences at Lancaster House.

In the Book of Condolences Book they wrote:

“We, the Captains Regent of the Republic of San Marino, share the unanimous tribute to His Majesty King Charles III, the Royal Family and the entire People of the United Kingdom of Great Britain and Northern Ireland, expressing feelings of deep sorrow and heartfelt sympathy on the passing of Her Majesty Queen Elizabeth II.

Her beloved Majesty will be remembered for the wise, dedicated and unique leadership of Her Kingdom and Peoples, who recognised Her as a remarkable point of reference and the symbol of the authoritativeness of the British Crown.

Her long-lasting Reign will be constantly remembered and be an inspiration for the highest national and supranational institutions – large and small – and for all humanity”.

Also, the delegation participated to the reception hosted by His Majesty King Charles III at Buckingham Palace and the State Funeral Ceremony at Westminster Abbey, followed by a reception of Secretary of Sate for Foreign and Commonwealth Affairs, the Rt Hon James Cleverly MP.

The Captains Regent had the opportunity to interact with the Royal Family members, the UK government officials and Head of States or Governments of around 100 states that travelled to the UK from all around the world.

The Captains Regent have met with the former PM of the UK, the Rt Hon Boris Johnson MP, and the leader of the opposition Party, Sir Keir Starmer MP.

The Captains Regent at the end of the State Funeral Ceremony were received by the Secretary of Sate for Foreign and Commonwealth Affairs, the Rt Hon James Cleverly MP, accompanied by his wife.