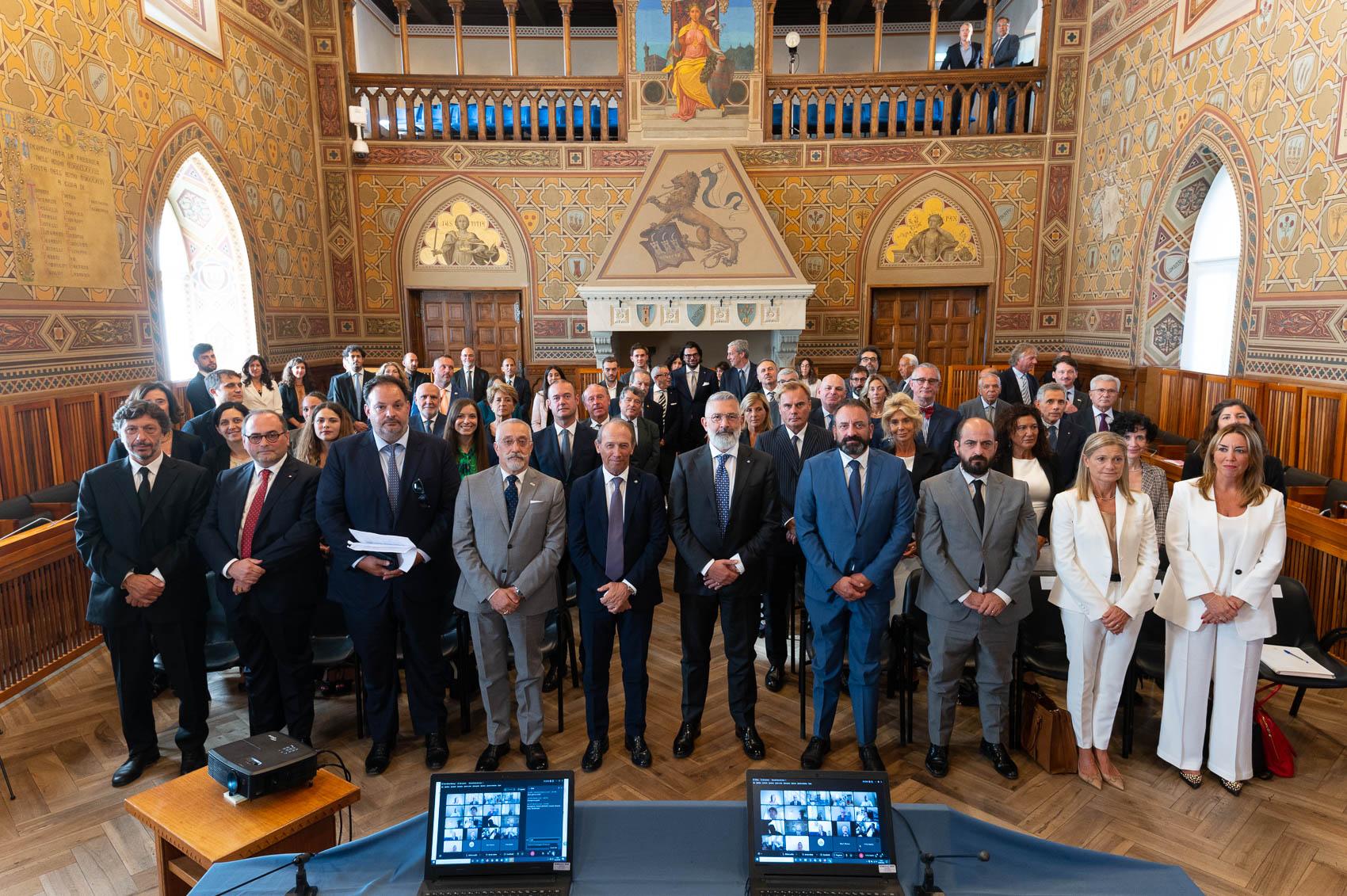 Consul Dr Maurizio Bragagni OBE attended the Annual meeting of the San Marino Diplomatic and Consular Corps, which traditionally is held in San Marino annually at the beginning of September.

The meeting, which took place at the Government Building, was opened with an official audience granted by Their Excellencies the Captains Regent, Oscar Mina and Paolo Rondelli, and presented by the Minister of Foreign Affairs, Luca Beccari. In attendance were more than fifty Diplomatic and Consular Representatives, while a few dozen participated remotely.

In his speech, Minister Beccari reported on the current San Marino’s main foreign policy activities, with reference to global challenges, bilateral and multilateral relations, and the active role of San Marino within multilateral diplomacy.

After a speech by the Director of the Department, Matteo Mazza, which focused on the sanctions applied also in the context of the Russian-Ukrainian conflict, there was a brief review of measures taken to aid the Ukrainian citizens.

Subsequently, a wide-ranging and articulate debate took place within the framework of the round table entitled “The Role and Presence of the Republic of San Marino in the International Scenario: Proposals and Suggestions to Consolidate and Relaunch Foreign Political Action in accordance with the Principles of Active Neutrality”, in which many members of the Diplomatic and Consular Corps participated, as well as several Heads of Mission of the main offices in the countries and multilateral bodies of accreditation.

Consul Bragagni shared the view that neutrality’s meaning has to be found between the realms of Security, International Law and International Relations, and it is in constant evolution because, in turn, these three spheres constantly evolve as well. The fact that “neutral” is not equivalent to “non-belligerent” is explicit in International Law too.

Further, Consul Bragagni said that for San Marino, neutrality has significance and can be a matter of existence. In its historical “active neutrality” the Republic of San Marino has found the key to survival and resistance. Neutrality is based on dialogue, agreement, and the search for harmony that has allowed political independence and interconnection with all states despite the absolute geopolitical dependence on Italy. San Marino’s foreign policy has been characterized by a strong focus on diplomacy rather than engaging directly in any conflict.

The Republic of San Marino never imposed sanctions on any state (not even the embargo on Cuba) until Russia invaded Ukraine in February 2022. On 28th February 2022, San Marino Foreign Secretary Luca Beccari announced that the Republic condemned the Russian invasion and expressed solidarity with Ukraine and its citizens.

This unprecedented step in the history of San Marino is in line with the principle of active neutrality because the invasion of Ukraine violates the principles on which modern democracies are founded, including San Marino.

San Marino had always been contrary to sanctions believing that they caused more damage to people than governments. However, despite this, Russia’s attack on Ukraine was clearly against San Marino’s “key principles: the respect of every State’s territorial integrity and sovereignty, the rejection of violence and war and the safeguard of human rights, freedom and democracy.