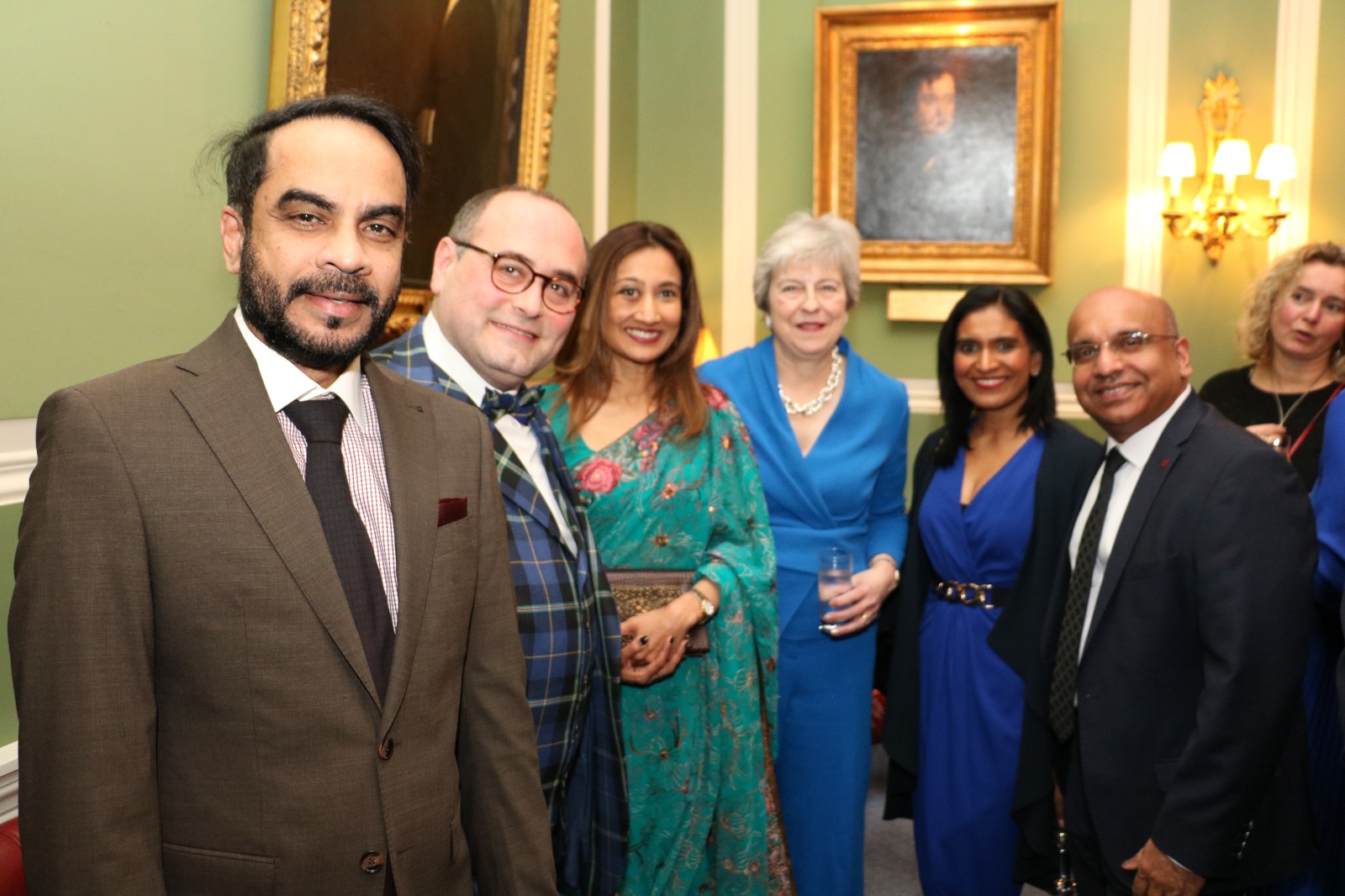 On January 11th, Consul Dr Maurizio Bragagni OBE attended a diplomatic event at the Carlton Club in support of the Maidenhead Conservative Association The Guest of Honour was the former Prime Minister, The Rt Hon Theresa May MP, Member of Parliament for Maidenhead and Special Guest, the High Commissioner of India, H.E Vikram Doraiswami.

The High Commissioner of Sri Lanka, HE Mr Saroja Sirisena was in attendance and the esteemed guests included several MPs, leading members of the business, academic institutions and the community.

Lord Rami Ranger, the host of the event, thanked the former PM Theresa May for all her service and dedication to the UK people during her premiership tenure and as an MP and spoke of the greatness of the United Kingdom, where diversity is accepted, respected, and defended through equality laws. Britain celebrates diversity, multiculturalism and social cohesion. The appointment of Rt Hon Rishi Sunak MP as our Prime Minister exemplified the diversity and meritocracy of Britain and the Conservative Party.

Consul Bragagni also joined in thanking the former PM Theresa May for her vision, dedicated work and service to the UK during the historic moment immediately after the Brexit referendum, as well as for her kind attention and support to San Marino during the hardship of Covid-19 pandemic. He also was asked to deliver the loyal toast to HM King Charles III, which he executed with eloquence.

The Guest of Honour, the former Prime Minister The Rt Hon Theresa May MP, thanked Lord Ranger for hosting the dinner and his contribution to the United Kingdom and the Conservative Party. The former PM’ spoke about the importance of the Conservative Party coming together as one Party. The Party must be united for the benefit of the nation. Through this unity, the Party can win the next General Election.

During the event, Consul Bragagni met with the High Commissioner of India e il High Commissioner of Sri Lanka, and with them, he shared the aspects of working with the diplomatic corps in London in promoting friendly relations between countries all over the world. This diplomatic event was a great opportunity for the guests to come together and discuss important issues related to politics, diplomacy, and international relations.